2018 also sees two new teams step up to the plate. Flying Frogs of France, who raced in the Barcelona and Cardiff events of 2017, join the line-up for the full Series this year as well as the brand new Team France. This features a top pairing from a program that runs from the ENVSN in Quiberon and aims to develop future French inshore, multihull champions. 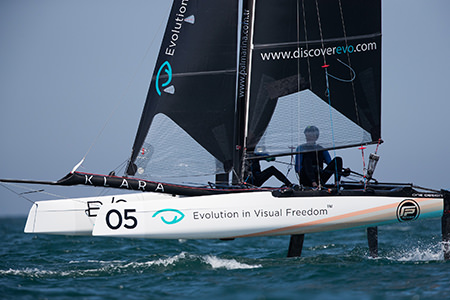 From Munich, this team of brothers are popular characters on the circuit and are currently enjoying their second full season of the Flying Phantom Series. Having got to grips with the boat, they are pushing to climb the ranks in 2018. 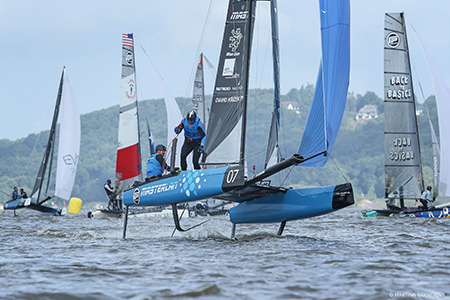 David is one of the most experienced sailors on the Series, with a list of national titles as long as your arm. With success in a range of classes, inshore and offshore, he looks to fly the Czech flag proudly for team Masterlan. 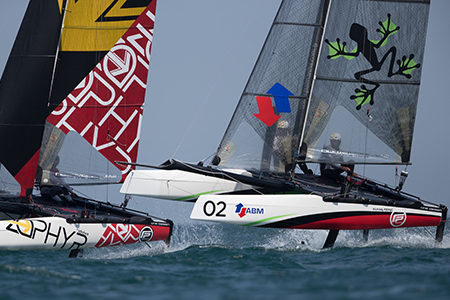 Flying Frogs have been training hard over winter to come into the 2018 season fighting. With expertise in many catamarans – Pierre used to race on Extreme 40s and has lots of F18 experience whilst Arnaud now works as part of Jean-Pierre Dick’s Easy to Fly operation. 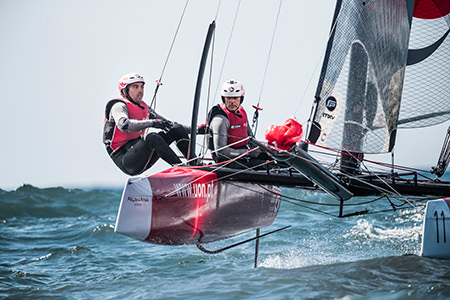 These guys proved in 2017 that they were capable of winning races and look to reach more consistent results at the front end of the fleet in 2018. José Caldeira heads up this team as one of our owner-drivers and will be looking forward to support from the Portuguese fans in the Portugal Act. 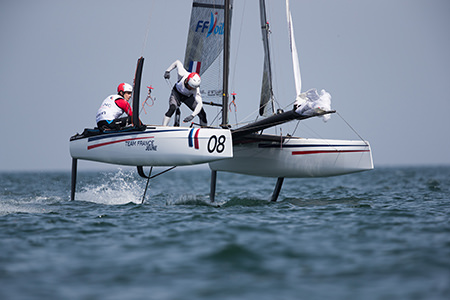 This team represents the future of French sailing. The team was chosen following an intense selection process, meaning these two are one of the very best young teams in France. With a leg of the Series on their home water in Quiberon, Team France Jeune will certainly turn some heads. 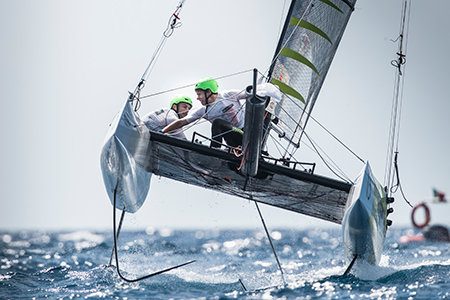 Last year’s silver medallists return to 2018 fighting for another podium finish, perhaps even the overall title. This team represents a group from Brest that are pushing the limits of foiling events in France and aim to race on the GC32 in future. 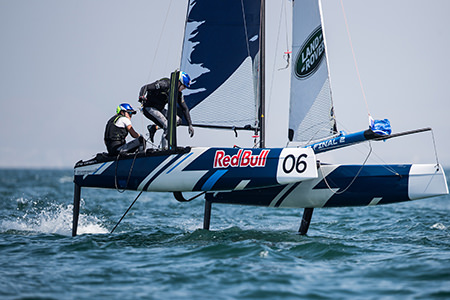 Normally found racing in the Nacra 17 Olympic class, Liv and Micah join the Flying Phantom Series to test their foiling skill in another boat. Racing for defending champions Red Bull Sailing Team, these guys are a team to watch for the overall title. 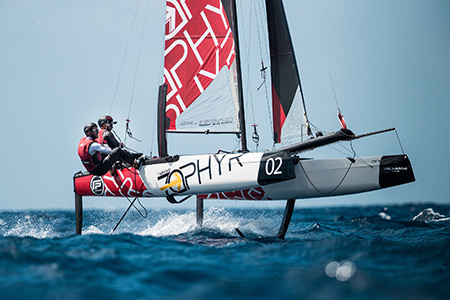 These brothers from Le Havre have plenty of catamaran experience. Charles is a previous F18 Youth World Champion and is meticulous with his boat preparation – a combination of talent and attention to detail that puts these guys as strong contenders for the top spots.

Find out more about the Flying Phantom: 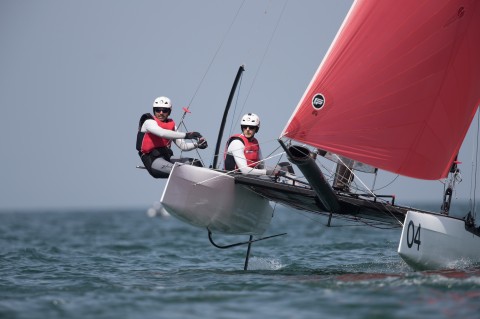 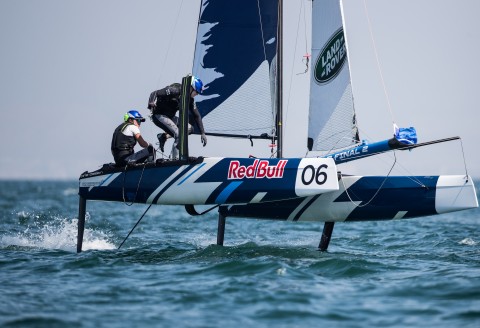 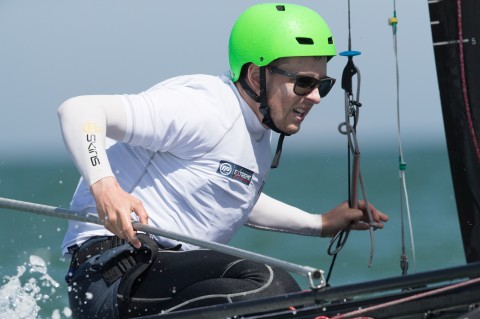 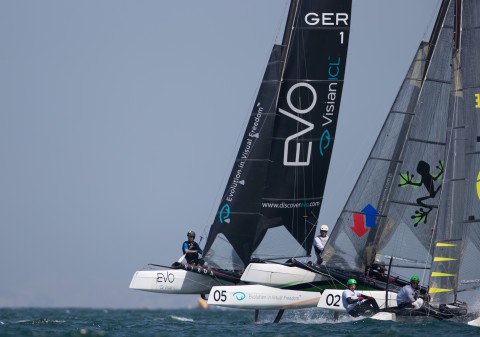 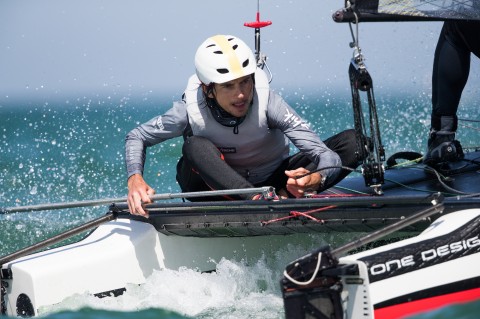 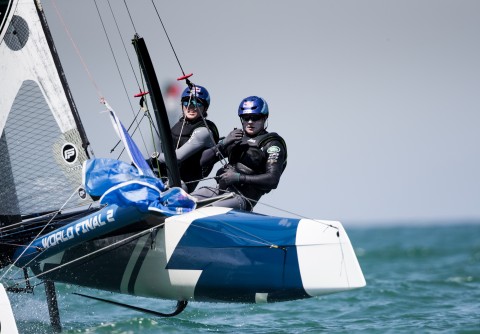 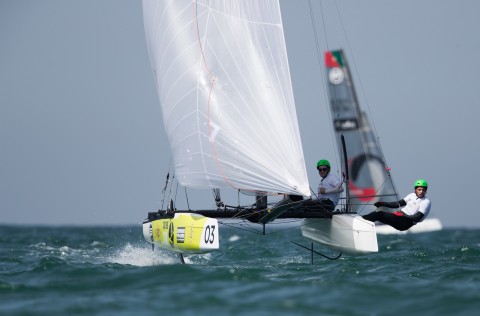 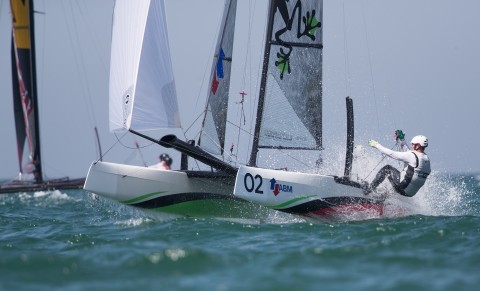 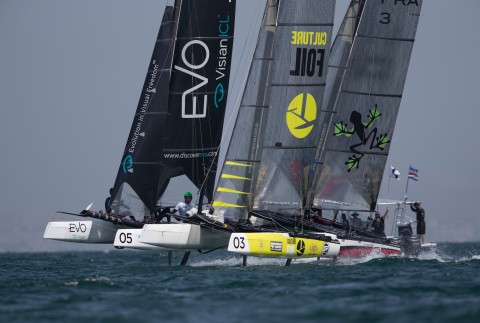 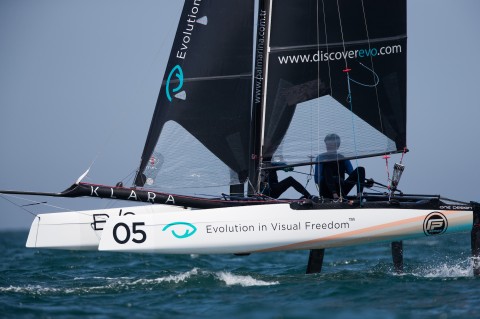